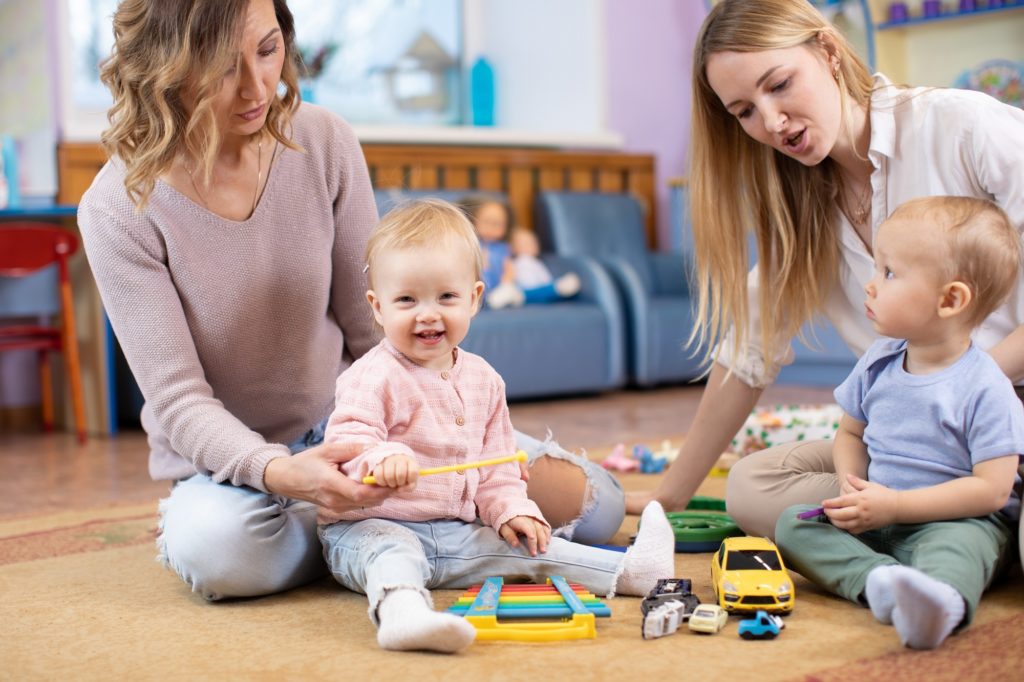 Signs Your Child Is Ready For Daycare

Believe it or not, one of the biggest dilemmas we hear from parents isn’t necessarily choosing the right daycare. It’s that they want to know why they have to choose daycare at all. More specifically, whether or not their child is ready for daycare.

It’s a common frustration. As a parent, you want what’s best for your child. And you want to nurture and protect them as much as you can. But daycare is an inevitable reality for many of us. And part of that reality also includes getting babies and toddlers ready for daycare.

Unfortunately, there isn’t any comprehensive answer. Many experts feel that 12 months old is an optimal time to transition an infant to daycare. It’s commonly held that separation anxiety peaks at 9 months by many childhood care experts. But what they don’t take into consideration is that each child is unique in both temperament and their relation to their environment. There’s no such thing as a universal barometer when it comes to infants and toddlers.

But there’s a concrete benefit to sending your infant or toddler to daycare early. According to a recent study from the National Institute of Health, there’s an association between early childcare at high quality daycare centers and future academic achievement—even extending into adolescence. Perhaps the question isn’t should you send your child into daycare early, but what are the signs they’re ready for daycare?

How Independent Is Your Child?

Emotional and physical attachment can be difficult to distinguish in a child because of their inability to communicate clearly, both verbally and emotionally. But they can express themselves physically (if you haven’t noticed already!) Here are a few physical signs which you may want to keep in mind:

How Long Should They Be At Daycare?

There’s a direct correlation between the stress on children under 36 months indicated by elevated cortisol levels and extensive attendance at early childcare. However, we’ve also found that by gradually introducing younger infants into daycare—particularly if parents are present the first few days—stress and anxiety levels decrease significantly over time. Again, this depends on the emotional maturity of your child. And again, there’s no universal barometer. But if they can be left without supervision for gradually extended periods of time without severe emotional distress, there’s a strong chance they’ll be able to succeed at daycare without too much anxiety.

Can They Adjust To Routine?

The younger your child is, the less they have a sense of object permanence. They sleep when they want and for however long they want. They eat when they’re hungry (which tends to be around the clock!) In fact, for an infant day and night are virtually inseparable. But they also likely have a few anchoring points. A favorite stuffed animal. A blanket. Their crib. And of course, you. Naturally, they’re inclined to think the loss of any one of those anchors will be a permanent one—which can be even more stressful if daycare will be the first time they’ve had to get ready for a routine. We like to encourage parents to gradually introduce routine into their children’s lives. Even something as simple as having dinner at exactly the same time together or playing their favorite lullabies at the same hour of the day can go a long way towards fostering a sense of routine for a child.

Have They Stayed Away From Home Before?

If not, spending the night with a trusted family member, friend or godparent can help make the transition a more seamless experience. This shouldn’t imply that daycare is the same as a glorified babysitting service, however. The purpose of a qualified daycare center is to help nurture independence, creativity and social development in a child. That’s why their staff will be highly trained in early education and child development; ones who will engage them in both play and skill building. But spending extensive time away from home with a familiar and loving face can help make an early imprint on a child which can help them feel more secure about the process of separation.

How Curious Is Your Child?

Have they taken a sudden and intense interest in shapes and sounds? Are they trying to read age appropriate books, pointing out illustrations to you? Are they spending half an hour or more playing with blocks? Are they attempting to draw or scribble? If so, those are signs your child wants to learn more about the world around them. You might notice this as early as 12 months old. You may not see it until they’re toddlers. But they’re trying to tell you something in how they interact with their environment. And it’s up to you as a parent to help nurture it until they’re ready to take the next step towards their independence. Until they’re ready for daycare.

Daycare should be as much about your child’s development and independence as it is play. Come see the Montessori difference at Frederick Country Day Montessori School.

A Fine Arts Program, STEAM, And Montessori Expertise Bring Out The Brilliance In Your Child.